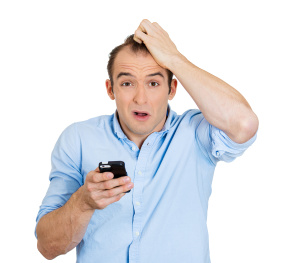 An unknown number starts calling your smartphone and a handful of thoughts start racing in your mind. Who’s calling me at this hour? Did I piss someone off? Is it someone trying to scam me? Is a family member desperate for help? You get the picture. When an unknown number calls you it’s only natural to have this desire to know who it is. Of course, you can always just pick up the phone and answer the call but if it’s someone you’d rather not talk to, it can be a problem.

So what do you do? Let technology help you through your smartphone! There are a bunch of reverse phone lookup apps for Android that’ll help you identify the owner of that unknown number and in this article, we’ll be showing you the 3 of the best ones out there!

One of the best reverse phone lookup apps on the Playstore is Truecaller. What makes this app stand out is that it has records of people across the world and even numbers of people who don’t use the app. Its interface is clean and simple giving users a seamless experience. To top it off, the app has a caller ID feature as well and shows you the name and location of the person calling. It also gives you the option to block the number if it’s a bother to you or for whatever reason you have. Another feature worth mentioning is the app’s ability to block spam. It has a huge list of spammers and automatically blocks them for you as long as you enable the feature.

WhitePages is one of the most recommended apps when you need to find out who’s behind that unknown number. It’s free and also has a web version available for desktop users. They boast a large list of registered numbers complete with their identities and addresses. To use the reverse phone lookup service, simply input the unknown number and click search for quick results!

For people in the United States, Number Guru is an especially good reverse phone lookup app. It works like most reverse phone look-up apps – input a number, tap search, and the details of the caller will show up. Names, addresses, and other important info will be shown once the search is complete and it’s quite accurate. You’re given the option to mark the number as spam and it covers 100{76ac33845123b25982ffda0eb6f606179ce899e677f3c86d035d7b9fa6b6d307} of landline numbers in the US. You will also be alerted if another user has reported that same number and that’s one feature we think is just awesome.

There may have been a time when you’d have to bear the random calls but thankfully technology is here to save the day! These are just 3 of the best apps we think will suit any person who wishes to sleep peacefully at night with no need to deal with random strangers calling your phone. Start downloading these apps and have a peaceful slumber tonight!