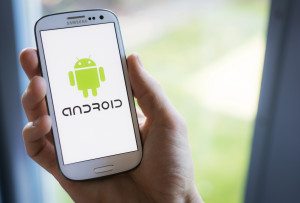 Android is the world’s most popular mobile operating system with a whopping 84.7{76ac33845123b25982ffda0eb6f606179ce899e677f3c86d035d7b9fa6b6d307} market share. It’s safe to say Android has had amazing features over the years that are now being implemented on Apple’s iOS, but there are still several restricted parts of iOS that are available for customization and control on Android.

What are the top five reasons for which we feel Android is better iOS?

5 Things Android Does Better than iPhone

You’re never limited with choices as far as Android devices are concerned. There are a sheer variety of devices for everyone on the Android platform. Do you want a phone which amazing picture quality? Then buy a phone whose primary focus is camera performance. You can get large screen phone, one with a rotating camera, a curved screen, or even a physical keyboard.

Niche demands such as waterproof, dual SIM, and modular are well catered for. Flagship devices from the various manufacturers have cutting edge features you can’t get on iPhones, like removable battery, wireless charging, and microSD support. With Android, users can pick the form factor they want plus additional features at no extra cost. Compared to Apple’s lineup of devices, Android represents choices on a grand scale.

This is what makes Android what it is – customization. You can make Android do or look like just about anything without having to be a tech genius. If you don’t like the built-in keyboard the phone comes with, just download a 3rd party keyboard.

If you’re fed up with the look of your phone, there are thousands of launchers and themes to choose from. Interestingly, you can even change the entire operating system which came with the phone to another. This is known as a custom ROM.

iOS has gotten better with multitasking but doesn’t come anywhere near to the level of multitasking most Android phones offer. For example, Samsung introduced multi-window some years back, in which you can use multiple apps at once.

Google finally introduced the multi-window navigating feature into Android M. Imaging watching a YouTube video and at the same time replying an email…maybe on the iPad, but not the iPhone.

Most Android phones out there offer expandable storage, which can never be found on the iPhone. This means you can insert a microSD card up to 128GB (or even more) into your device. With Apple, you would rather extra $100’s to upgrade to a new device with higher storage. SD cards are cheap and you can switch as many SD cards as you wish.

Most Android devices integrate easily with Google’s services. Smartphone usage for online activities is on the rise and Google is the king of the internet. Google services such as Now, Docs, Gmail, Drive, Maps, Music, Chrome, Plus,… (the list goes on) are deeply integrated into Android, and iOS is not keeping up even though these apps are also available on that platform.

We’d love to hear your thoughts on this topic. Why would you choose Android over iOS? Let us know in the comments section below.

5 Things Android Does Better than iPhone, what do you think?