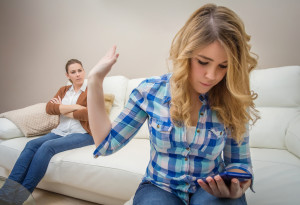 The smartphones today has so many features and hundreds of new applications being released daily, it is hard for anyone to keep.

So you may not know, Apple has put certain restrictions on the iPhone iOS device providing a nice wall of security.  However, there is a process called, “jailbreaking” which means removing iOS controls and restriction on application that has not been authorized by Apple.  However, if you do decide to jailbreak your phone you can do many things outside the iOS limits such as running games, installing themes, uploading files and other prohibited hidden capabilities.

Have you ever had a need to make a quick copy of something?  Wanted to write something down, but there is no paper or pen around?  For teens in school, it could be a lost homework assignment or someone else notes for an upcoming test. Business owners need copies of their receipts, business cards, checks and other various paper products.  There is no longer a need for that huge printer, copier, and fax – all in one machine.  There are several apps available on your phone that takes a picture of an image, save it as a pdf, -with the option to email it or save it as a file.

As a teen, I often remember being placed on punishment and not being able to watch TV until I finished a chore or homework assignment.  Well, now you no longer need a TV, to watch a television show!  Live TV is now available on many phone providers via a smartphone.  Application like netTV or TVUPlayer that lets you see any late breaking news.  Networks, ABC, NBC, Bravo and many more have apps specifically for you to play back shows only broadcast on their network.

Want to Know What They Are Upto? Read Our Monitoring Reviews…

If your teenage is pointing their phone at the TV, no they have not lost their mind.  Your smartphone can also be used as a universal remote control.  It is actually one less thing to worry about when you do not have to keep up with all the remote controls to different devices.

A simple infrared device has to be added to your iPhone, along with the corresponding app like Power A and “ta-da” your iPhone screen is now a Universal Remote. While we are still on the subject or remotes there is a Viper app SmartStart that works with the hardware in your car.  It turns your phone into a remote capable of controlling the car- door, engine, and vehicle alarm.

You think only businesses would use a credit card machine because it can be a hassle and a bit pricey.  However, application like Square let you accept credit card payments right on your phone.  If your teenager is an entrepreneur in the making, this may be the perfect app to help their business grow. The Wall Street Journal reported the app as one of the top 5 applications to use to pay friends back.

Want to Know What They Are Upto? Read Our Monitoring Reviews…