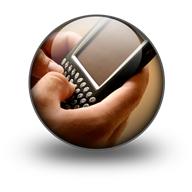 Smart phones and applications like blackberry spy apps have increased in popularity over the past few years. Many people do not realize the sophistication these apps have to help them solve the problem of suspicious behavior among family members. Less than honest children are easily confronted when faced with the data these apps collect.

Spyware works to collect data from blackberry devices. It can deliver anything from contacts and text messages to phone usage and GPS data. Sophisticated systems can even access the microphone in the device to bug the room, per se.

Immediately after purchase, the spyware app can be installed on the device from nearly anywhere. The only requirement is that the device be connected to the internet. This also assumes the individual who is interested in performing the monitoring activities can access the target blackberry for a short period of time. Less than 10 minutes is typically more than sufficient.

Will the Blackberry Spy App Work?

The only way a blackberry user can prevent spy apps from collecting data is by restricting the default permissions on the device. If this change occurs, the operating system will ask the user to grant permission before the spy app can access items like contact lists and emails. .

At the granular level, an individual can configure basic functions to three permission levels: allow, deny or prompt. There are approximately 20 categories these permissions can be applied to, including user data, connections and interactions. Most people do not realize these options are available, so this is not a concern for the majority of spyware users.

Default permissions allow applications written by third parties to access anything from files to messages to contact lists. This is the case in the 5.0 and 4.x operating systems which are found on my blackberry devices. It is a misconception that the device will prompt a user before an app accesses data found on the phone.

Once and app receives a trusted (allow) status, the device rarely prompts them again. Users typically grant all applications this status upon initial setup of the phone. The phone prompts the user if they tool they are trying to access is a trusted application, to which nearly everyone responds in the affirmative.

From there, the app never again has to prompt the user to access location data, text messages, contact lists and the like. It is uncommon for individuals not to grant trusted access as it is highly inconvenient to work through a series of “do you allow” prompts every time the app sets out to perform a function.

Blackberry devices are just one type of mobile operating system that can use spyware. Similar platforms are available for nearly ever manufacturer and across wireless carriers. As individuals become increasingly dependent on their mobile devices – including tablets and other smart products – spyware will likely grow even more sophisticate. For now, Blackberry spy apps are great for checking up on just what your loved ones are doing in the digital world.