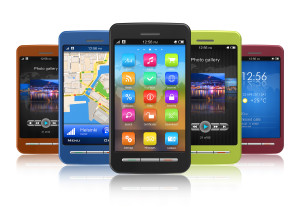 As smartphone purchases increase, call and data plans seem to be getting more expensive, but there are several ways to make free phone calls from your smartphone. Many of these free calling methods use a technology known as VoIP or Voice over Internet Protocol. This method of communication uses your data connection or Wi-Fi network to enable you to make very cheap, and clear, and unlimited calls. Here are 5 apps you can make free phone calls with.

5 Ways to Make Free Phone Calls from Your Smartphone

Skype’s video calling feature has led to its high user base. Skype offers free phone calls to other Skype users worldwide and at no extra cost. Aside its video calling and voice call service, IP-based texting is another great feature Skype offers.

You can make calls to landlines and cell phones across the globe at low calling rates. Skype is available on Windows Phone, Android, and iOS.

Google is known for its different communication platforms every now and then and has finally combined all several of these services into one known as Hangouts. Basically, Hangouts is a merger of Google Chat and Google Voice.

You can send text messages and place video calls with anyone with Hangouts installed on their devices. Free calls for both VoIP and US-based network are available on Hangouts, but this requires an additional app called Hangouts Dialer. Hangouts is available on Android and iOS,

Viber is one of the longest-tenured VoIP smartphone apps out there. Packed with tons of features, Viber offers basic video calling and chat features, but the core experience still revolves around voice calls.

You can make absolutely free calls to parties with the app installed on their devices. To place calls to real phone numbers, you’ll have to purchase Viber Out credits at competitive rates. Viber works on the major smartphone platforms namely, iOS, Android, and Windows Phone.

T-Mobile has joined the Wi-Fi calling race with its domestic Wi-Fi calling service called Bobsled. Ironically, you don’t need to be on T-Mobile to use this app, just the Bobsled app and on any carrier.

It works on Android and iOS devices and is often touted as the best Wi-Fi calling app in the US with over 2 million users. Bobsled lets you call any US number.

Facebook users with the Messenger app can make free phone calls to other Facebook Messenger users through the app. In addition to Facebook’s traditional chat and call features, you can make video calls and leave voicemails. You can use Facebook Messenger with your mobile data or Wi-Fi network. Messenger supports iOS and Android devices.

Call quality across these services are pretty much the same. Sometimes, there are slight delays and loss of audio quality due to network speeds and other minor factors. The main thing focus here is, these apps are able to let you make calls at a little to no cost. Which of these apps is your favorite?

How to Make Free Phone Calls from Your Smartphone, it’s easier than what you might have thought.