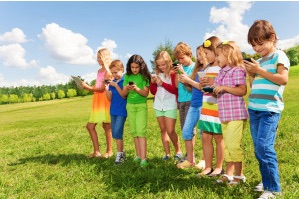 We’ve heard all about the dangers of texting while driving and it’s safe to say that to say that everyone finds it dangerous and should be prohibited. However, the issue of texting (or being distracted by your smartphone) while walking is, for the most part, ignored. You must be thinking how silly it is to even think of this as an issue but you’d be surprised!

There’s so much happening in the world we don’t know about and it’s usually right under our noses. So what exactly are the dangers of texting while walking? Are there even any dangers at all? We think it’s necessary to dive in headfirst into this issue and find out ourselves.

Is Texting While Walking Dangerous?

Smartphones are here and they’re the new norm. No doubt about it. Games take up a huge part of the mobile landscape especially with new innovative titles such as Pokemon Go and the like. Not only have these games captured our attention inside our phone but it has also expanded outside our phone.

Hunting for Pokemon requires constant movement and walking while requiring you to focus attention on your smartphone. Also, don’t tell us you haven’t had at least one minor accident because you were using your phone while walking. Perhaps you stubbed a toe at your front door or you miscalculated your steps walking down the stairs so you ended up stumbling. These are minor incidents but humans are fragile and a simple fall can change your life tremendously.

In 2010, researchers from the Ohio State University claim that an estimated 1,500 pedestrians were brought to the emergency room for injuries sustained from being distracted by their smartphone while walking. They also claim that this number is doubled from previous results found in 2005.

Similar to studies done with texting while driving, most of the people involved in these accidents are teenagers or young adults, aged 16 to 25 years old. This is no surprise since the younger generation was born right smack in the middle of the tech boom and it’s second nature to them to use their smartphone while doing their normal activities.

Just to give you an idea of what might happen when you text and walk, here are some of the common risks: Sprains, trips, cuts, bruises, concussions, fractures, spinal Injuries, and even death. Yes, you heard it right: Death.

Is it that serious?

Well, if you don’t think that death is serious then no it isn’t. For most people however, death is a serious problem and is better much avoided. So if you thought that texting or being distracted on your phone while walking isn’t dangerous then you should rethink that because it’s real and it’s serious.