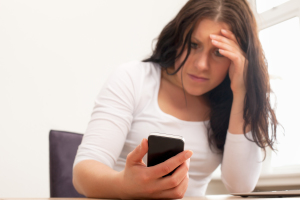 Jailbreaking your iOS device may have gotten you all the coolest tweaks and apps but it also has its own perils. A data-robbing malware name KeyRaider has stolen over 225,000 user credentials from users with jailbroken devices. It has been given this name as it steals Apple IDs, private keys, certificates and purchasing information.

If you’re not familiar with the term “Jailbreaking”. it’s a process which allows iOS users to bypass their devices security in order to install unapproved apps and tweaks. This term is synonymous to ‘Rooting” in Android. Jailbreak apps allow users to personalize the devices with added functionality like themes, launchers, file managers, 3rd party keyboards and more.

There has been a decline in jailbreaking as Apple is constantly improving iOS by adding customization options like widgets, custom keyboards and more.

The malware was discovered last August by cyber security firm Palo Alto Networks in cooperation with WeipTech, which is made of users from a large Apple fan-site called Weiphone, based in China. They found the accounts on a server while analyzing suspicious user-reported iOS tweaks. Many people believe KeyRaider is the most damaging malware for iOS devices.

KeyRaider was distributed to the jailbroken iPhones through Cydia repositories, a platform which contains apps designed to run on jailbroken iOS devices. The KeyRaider malware has affected a large number of users in China and 17 other countries including the US, Russia, Japan, UK, Canada, Japan, Singapore, France, Australia, Spain, Israel, Germany, Italy, South Korea among others. Also, the malware is suspected to have originated from China, as reported by Palo Alto Networks Unit 42.

KeyRaider slips into the core layer of an iPhone and steals apple IDs and device GIDs by intercepting the devices iTunes traffic. It also disables local and remote unlocking functions on infected devices.

Users infected with KeyRaider may fall victim to

If you don’t want to get infected with KeyRaider or any other malware, you must not jailbreak your device. If you’re jailbroken and want to go revert, use this guide. It’s also important you make sure you always have the latest updates. Apple is doing enough to protect you from malicious attacks. People say “Jailbreaking breaks you out of Apples cage” but the truth is that cage is there to protect you. Also, if you’re jailbroken and you’ve not installed apps from suspicious repos, you’re mostly safe, too.

Here is how you can fix a compromised device – according to Palo Alto Networks.

If you can’t use the earlier method, this should suffice.

You can fallow the research guide prepared by Palo Alto Networks containing KeyRaiders capabilities and solutions.