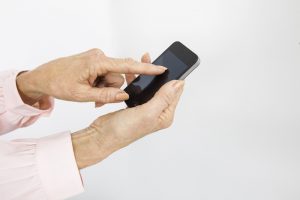 One such example is how people make use of SMS and MMS but still don’t know its definition and what exactly tells them apart. Most people just think of SMS as a text message and MMS as a picture message. Although being correct, there’s more to it than meets the eye.

That’s why we’ll be going through the definition of SMS and MMS and exactly what sets them apart from one another.

Main Differences of SMS and MMS

SMS is an abbreviation for Short Message Service and is also known as text messaging. It’s a service that allows users to send short messages of only up to 160 characters hence the name. However, you can send a message of up to 224 characters if you’re using a 5-bit mode. As for the devices that can send a message via SMS, you’d be surprised that it’s not only smartphones and

As for the devices that can send a message via SMS, you’d be surprised that it’s not only smartphones and cell phones that can do this. Even PDA’s can use this but who uses those anymore right? Computers can now also send messages thanks to developers all over the world.

MMS is an abbreviation for Multimedia Messaging System. It essentially allows users to send other people multimedia messages such as pictures. You can send photos, audio files, and videos of up to 40 seconds to any other device. With more advanced devices, you can send a variety of multimedia files such as ringtones, contact info, and the like. The main limitation of MMS is that even though you’re able to successfully send the

The main limitation of MMS is that even though you’re able to successfully send the multi media file/s, there’s no guarantee that the recipient will be able to view it. That’s because the recipient needs to have a phone that is compatible with the file in order to play it or view it. So if you send an MMS using an iPhone to a cell phone that is decades old, chances are that cell phone won’t be able to view the multimedia files. What’s more is that MMS messages are additional charges to your monthly phone plans which can be bothersome.

Based on these facts, we honestly think that the use of MMS is diminishing throughout the tech world. Why? Simply because there are much better and efficient alternatives when it comes to sending multimedia files such as online messengers. However, there still is a use for MMS. If you’re not connected to the internet and urgently need to send a multimedia file, MMS will come in handy –for a fee. Other than that, however, we suggest you use other alternatives such as sending files over Facebook, Dropbox, etc.

There you have it, folks! Hopefully, this gave you a deeper understanding on SMS and MMS. If it helped you it might also help your friends so don’t be afraid to share it!

Hope that sorted out the Main Differences of SMS and MMS!