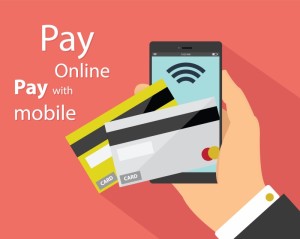 What is Android Pay?

Android Pay is a great new digital wallet that makes paying with your phone or tablet a snap! Brought to us from the brilliant minds at Google IO, Android Pay gets rid of all the fuss, and risk, of paying with a card. It offers one of the most intuitive, easy-to-use interfaces available, far surpassing competing wallets in regards to ease of use. Android Pay is however more than just looks, beneath the clean interface many outstanding features lies.

Each and every single integrated feature is a pleasure to use and carries out its function flawlessly. This mobile wallet is set to be the next standard in cashless transactions. It outperforms Samsung and Apple Pay, hands down! Hell, Android Pay even gives you a free coke! But we’ll get to that later…

How do you use Android Pay

Android Pay is the easiest replacement to a credit or debit card. All you need to do is confirm that your Android phone has a NFC chip and is running the latest version of Android Kitkat 4.4 or above.

Google Wallet users will automatically upgrade, if their updates are on. Certain devices also ship with Android Pay pre-installed, as is the case with the new range of Nexus phones set to launch soon.

Verification and authorization is nice and quick, and once done you are all set! If you happen to already have a card linked to your Google Wallet then this process is even quicker and easier, confirm a few details and off you go.

Once setup payments are straightforward and simple. You are protected by a lock screen, which you unlock you tap to pay for your transaction and that’s that!

You will be happy to know that if you need to lock your phone and Android Pay account, due to your phone possibly being lost or misplaced, you can do so without the worry of your cards being erased. One of the most annoying “features” of Samsung Pay is that when locked, all cards are erased.

Google IO thought ahead and provided us a mobile payment solution that offers far higher functionality and security that a basic credit or debit card. Google IO’s Android Pay have even partnered with industry giant Coca-Cola.

Their partnership brings customer rewards in the form of loyalty points that can be used to redeem free soda from any NFC enabled vending machine. Free Coke anyone? You would be spending the money after all!