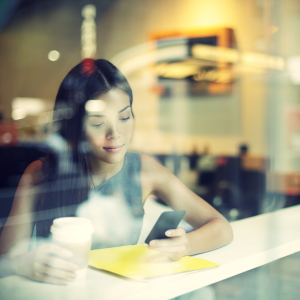 Smartphones have become critical companions at work, home, and even in social places. They have shifted from being simple communication gadgets to a must have devices that do almost everything that a desktop can do. Using a smartphone, you can connect with friends, prepare presentations, and do your online shopping. Because of this intricate association between smartphone and users, people’s habits have changed in most areas of their lifestyle.

More people prefer to use their smartphones for shopping as opposed to the common desktops. The smartphone is considered more convenient because users can check for items of interest from any location. For example, many ladies will pull out their smartphones after identifying fashion clothing worn by close friends. Though women prefer to do more shopping on their phones compared to men, the numbers keep rising, and it is a matter of time before everybody goes online.

Just like buying different items from an e-commerce store, the smartphone is the device of choice for paying bills. The mobile payments have taken the society by storm because at last, they have an alternative to credit cards. For example, a lot of people are shifting to Android Pay that is intelligent and great fun to use. By simply tapping the phone on the point of sale, smartphone users can buy almost everything. Mobile pay has made people prefer walking cashless or carrying only a few dollars.

Many people with smartphones play their favourite games severally in the course of the day. Even for those who had previously indicated they do not have an interest in games; the smartphone has brought an entirely different experience. For example, many people from old to the younger ones are seen moving around playing the latest sensational Pokemon Go game.

While the traditional news was mainly consumed from the radio and television, all that has been replaced by the smartphone. Users no longer have to wait until prime time to get the latest, but keep perusing the newspapers that give occurrences as they take place. Therefore, the hurry to get home after work is because of other activities such as helping kids with homework, attend a gym, or water the lawns and not necessarily catching the news.

Smartphone Habits of 2016, what’s your take on it?