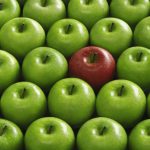 For several years, it was nips and tucks, but 2017 will see Steve Job’s idea of Apple Park (which was conceived in 2011), being actualized. A new campus raised at a strategic place in Santa Clara Valley is now a success and is yet to be opened in April. It is a tremendous development being the largest of its kind in the world. It is erected on a 2.8 million square foot and its … END_OF_DOCUMENT_TOKEN_TO_BE_REPLACED