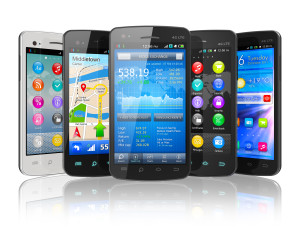 Previous to this year and the prediction for next, instant messages were not as predominately used anymore except for in countries where text messaging rates are through the roof. One of the reasons that instant messaging will be on rise is because of the new 4G network. This network will be fast and will allow for instant messages to be sent much faster than previously.

The two most popular instant messaging applications are SnapChat and WhatsApp with Viber not out of the running. The applications also include more than just text messaging and this helps draw people into them. You are able to participate in group messaging, shopping, and even gaming. This helps connect friends, family, and others to each other and makes it easy to talk.

Another part of the messaging clients that draws people in is the picture messaging aspect. SnapChat is known for allowing you to send discreet pictures that are only active for 5 seconds before self-destructing. It seems that people have labeled the different applications and use multiple ones since each one is more for a specific purpose.

Many people are already using instant messaging applications that are able to be downloaded on their phones and tablets. As the use of these applications becomes more popular, it will just become the new way of interacting and talking with each other. Instead of teenagers sating “text me”, it will be “SnapChat me” or “WhatsApp me”.

Is this a bad thing though? No; however, text messaging companies will ultimately need to roll out with something new or lower prices to start snagging their members back.